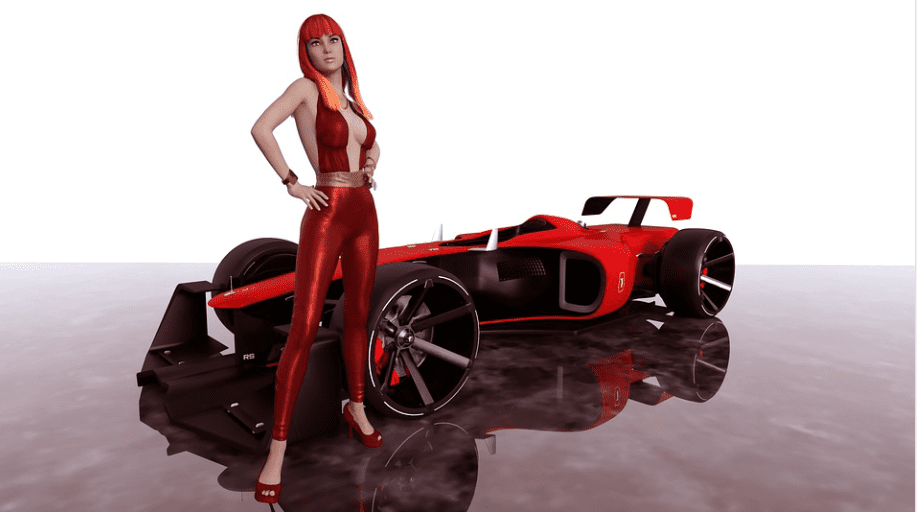 Do you think females can race in Formula 1? There is much debate on this topic, with many people believing that women do not have the physical strength to run at high speeds for an extended period. However, many female drivers think they can compete at their best.

Yes, females can race in Formula 1. While there has never been a woman driver who has won a Grand Prix, several women have raced in Formula 1. Formula One’s most successful female driver to date was Lella Lombardi, who earned a half-point for her sixth-place result in the 1975 Spanish Grand Prix.

There is no doubt that Formula 1 is a male-dominated sport. But are females barred from racing in this elite category? In this blog post, we explore the possibility of female racers competing in Formula 1 and ask the question: can females race in Formula 1?

Are women allowed to compete in Formula 1?

Formula 1 has a long tradition of being a sport dominated by men. Despite this, a few remarkable female drivers have left their imprint on the racing world.

Giovanna Amati, an Italian driver who raced for the Brabham team in Formula One during the 1992 season, is considered the most successful female driver in the history of the sport. She did not, however, meet the requirements for any of them.

Susie Wolff of the Williams team was the most recent woman to compete in Formula 1 racing. During the 2014 season, she participated in three sessions: two practice sessions and one qualifying session.

However, there are no female drivers actively competing in Formula 1 at this time. Lella Lombardi was the final woman to take part in a Grand Prix competition when she did so in 1976.

So, can girls compete in Formula 1? The answer to your question is yes; however, it is currently unknown if any further women will be offered the opportunity to race at the top level of racing.

Why is Formula 1 not ready for a female driver?

There are many excellent female racers out there who have already demonstrated their worth on several occasions. So what is it that prevents Formula One from considering them as possible drivers?

The solution may be a bunch of different things. Formula One has always been male-dominated, both on the track and in the pit lane. The mark of racing has a long and ingrained tradition of misogyny, which may cause some individuals to be reluctant to view women as legitimate rivals.

Second, there is the problem of ensuring everyone’s safety. Some people may believe that having a female driver on the track would be taking unnecessary risks since they believe that racing is a hazardous activity.

And last but not least, there is the issue of whether or not a woman’s body can withstand the rigours of racing. Because Formula One cars are such immensely potent machines, some people believe that only a male driver can genuinely have command of one of these vehicles.

Therefore, those are possible explanations for why a female driver has never been in Formula 1. But who can say for sure? Who knows? Maybe one day, we’ll be able to point to a woman competing on the track as proof that all the naysayers were incorrect.

What Do You Think the Reasons Are That There Aren’t Any Female Formula One Drivers?

There have never been female drivers in Formula One, and there are a few different explanations for this. The fact that the sport is exceedingly challenging to play physically and calls for a great lot of stamina and power is probably the most obvious explanation for this. Because of this, it is difficult for women to compete on an equal basis with males in some fields.

One such factor is that the automobiles themselves are made with the assumption that male drivers will be operating them. For instance, the seating posture is designed to place significant pressure on the neck and shoulders. This area is where women are typically not as physically capable as males.

In conclusion, there is a substantial financial hurdle to overcome to compete in Formula One. It is impossible for anybody who is not among the wealthiest people in the world to compete due to the high cost of purchasing and maintaining a car, as well as the travel expenditures connected with competing in races all over the world.

This indicates that even if a woman were physically capable of racing in Formula One, she would likely be at a disadvantage compared to her male colleagues, who can spend more money on their vehicles and travel because they have more significant financial resources available.

Why should more women compete in Formula 1?

Since the beginning of Formula 1 racing in 1950, only 10 women have competed in a Grand Prix. That’s just 0.2% of all drivers. In contrast, nearly half of all professional golfers are women. So why aren’t there more women in Formula 1?

Several reasons women are underrepresented in Formula One is that men have long dominated the sport. In the early years of the sport, women were not even allowed to compete. Even today, far fewer women are racing in Formula 1 than in other forms of motorsport, such as IndyCar or NASCAR.

Another reason is that Formula 1 is an expensive sport. Buying and maintaining a car and racing entry fees can be prohibitive for many people. This is especially true for women, who are often paid less than men and have fewer opportunities to get sponsorship deals.

Despite these obstacles, several talented female drivers have made it to Formula 1. Some, like Susie Wolff and Danica Patrick, have found the necessary funding to compete. Others, like Simona de Silvestro, have had to take on other jobs to finance their racing careers.

If more women were allowed to compete in Formula 1, it would not only be good for the sport, but it would also be good for society as a whole. More female role models in motorsport would inspire more young girls to get involved in the sport and pursue their dreams. This would help to break down the barriers that still exist for women in many male-dominated industries.

So let’s hope we see more women on the grid in future years. Who knows, maybe one day we’ll even see a woman win the Formula 1 World Championship.

Although there are many skeptics, I believe that with the proper training and preparation, a female racer can compete in Formula 1. It is important to remember that racing is a sport that tests both mental and physical toughness, so it’s not just about having the strength to handle powerful cars. Female racers have already shown they have what it takes to be successful; now, it’s up to motorsports organizations like FIA to give them a chance.