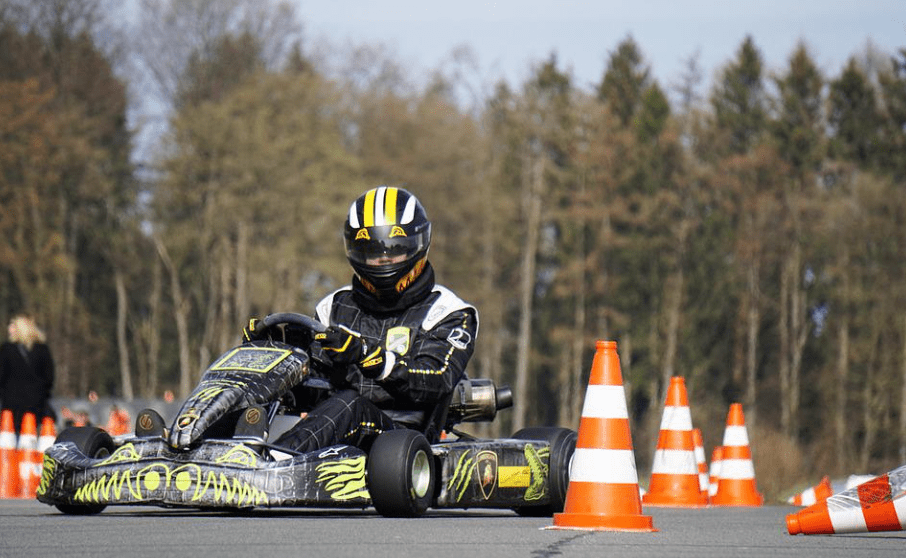 Many aspiring racecar drivers get their start in motorsports through karting. Karting is where every driver competing in the Formula 1 series starts. Karting has swiftly developed into a very well-liked sport among skilled drivers who compete professionally and casual racers who compete for fun.

Karting is sometimes seen as a stepping stone for younger drivers with aspirations of competing at a high level in other forms of motorsport. And although that could be the case for some, many currents and former Formula 1 drivers think karting is a great way to have fun while staying in shape and racing against other people.

Kart racing was often the first step in the career path of many drivers competing in Formula 1. However, the number of F1 drivers with a karting history has steadily decreased in recent years. So, what exactly is going on here? Do F1 drivers still kart?

Given that karting is sometimes considered the preliminary stage on the way to Formula 1, it is reasonable to raise such a question. Karting is where many future Formula 1 drivers started, but once they’ve made it to the sport’s top, not all of them go back to racing karts.

Karting is used by some drivers solely as a stepping stone to more severe forms of racing. After they have achieved success in Formula 1, they show a greater interest in other types of racing, such as open-wheel racing or sports car racing. Others consider karting t lifetime interest, and despite having achieved the highest level of motorsport, they continue to compete in the sport.

So, do F1 drivers still kart? The correct response is that it is contingent upon the driver. Some do, some don’t. However, even for people who have stopped racing karts, the abilities they acquired while karting may still be helpful while driving an F1 vehicle because of how similar the two types of racing are.

The benefits of karting in F1 Racing:

You are interested in learning more about the advantages of karting in Formula 1 racing, aren’t you? Those interested in participating in this exhilarating activity will find that karting may benefit them in quite a few ways.

To begin, karting is a sort of racing that, compared to other types of sport, has a low entry cost. To begin, all you need is a solid kart and some fundamental pieces of protective gear; you don’t need to make a significant financial commitment to a very pricey automobile or spend thousands of dollars on race entrance fees.

Karting is one of the best ways to get an introduction to the fundamentals of racing. Karting is a fantastic activity for skill development and teaching one how to control a vehicle while traveling at high speeds; this is how many of the best drivers in the world got their start.

Finally, going for a spin on a go-kart is fun! There’s nothing quite like tearing around a track at breakneck speeds; it’s an adrenaline rush you’ll never forget. And there’s nothing quite like pulling around a track at breakneck speeds. Karting is undoubtedly the way to go if you are seeking an exciting way to get started in motorsports.

How has karting helped F1 drivers?

Karting is frequently considered to be the stepping stone for competitors who will go on to compete in Formula 1. Many of today’s most successful Formula 1 driver got their start in karts before moving on to automobiles.

Karting is a fantastic way to get one’s feet wet in auto racing and learn the fundamentals of vehicle handling. In addition, it is an excellent opportunity to hone your racecraft and learn how to pass other vehicles.

Karting is a great way to master abilities that may be applied in other racing disciplines, including Formula 1. For instance, Lewis Hamilton, who began his kart racing career, has stated that the experience helped him develop his driving style and learn how to operate a car at high speeds. Hamilton started his career in karts.

Karting is a fantastic activity for socializing with others with similar interests and networking within the motorsports business. Many of the most successful drivers in Formula 1 today got their start in karting with the support of their families and friends.

There are many different ways to get involved with karting, so if you’re interested in doing that, look into it. There are karting clubs in almost every country on the planet, and several professional karting series occur at various times of the year.

Therefore, if you have the ambition of one day competing in Formula 1, you should give karting a shot!

At what age do drivers compete in their first karting race?

I hate to be the one to break it to you, but if you’ve just begun karting, you’re probably already behind the eight ball compared to drivers in the F1 championship.

Most Formula 1 drivers start go-karting when they are approximately 6 years old. While some drivers may get their start a little later, it’s likely that by the time they’re adolescents, they’ve already competed at a professional level in karting.

The chart below shows that most Formula 1 winners started karting at a relatively young age. However, some drivers, such as Michael Schumacher, began their careers much earlier, when they were only 4 years old.

How much time does it take to get into Formula 1 driving?

Considering that most F1 drivers started competing professionally in karting at eight, it can take anywhere from 15 to even 20 years to make it to the sport’s top. For instance, Nico Rosberg, the driver who won the Formula 1 World Championship in 2016, spent the previous ten years competing professionally in karting before joining Williams in 2005.

Karting is where the careers of many of the best drivers in Formula 1 got their start, and many are still active in the sport today. Karting is a wonderful method to introduce the fundamentals of racing. It is an excellent training ground for drivers who may one day compete in Formula 1. If you are considering getting into racing, karting is the best way to begin because it is so easy to learn.