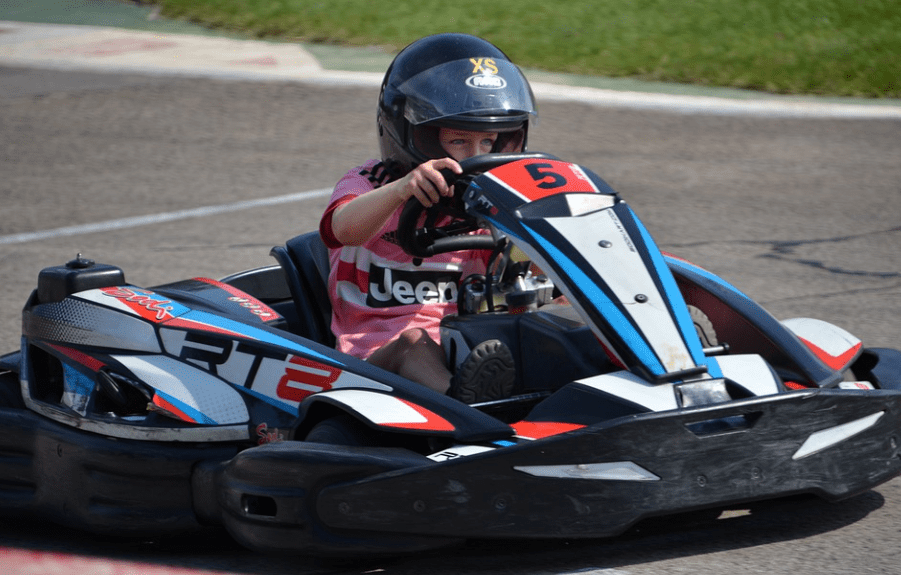 Karting is a kind of motorsport that is not taken seriously by all motorsport fans. Still, if you see racing professionals from F1 or other series like NASCAR on the weekend, it is quite probable that they are driving a kart.

Kart racing is often where future Formula 1 drivers start, and most do it between the ages of 4 and 7. Every race car driver is unique and got their start in the sport at a distinct time. Karting is essential for developing the driver’s talents at a young age, allowing them to advance in their career before entering the junior formulae.

Did you know that many drivers who compete in Formula 1 began their careers in racing karts? In this blog entry, we’ll investigate the karting beginnings of some of the most famous names in the history of Formula 1 racing. In addition, we will discuss the advantages of beginning your racing career in karts. Stay tuned for further updates.

When did Formula 1 drivers begin karting?

Most drivers competing at the highest levels of motorsports today got their start in karting at a young age, many before they even reached their teenage years. Many believe it to be the most effective method for honing one’s talents behind the wheel, and it has developed a reputation as a rite of passage for prospective racers.

In the 1950s, karting initially gained popularity in Europe, and it didn’t take long for the sport to make its way to other continents. At this time, there are karting championships held all over the world. These championships are open to professional drivers as well as amateur drivers.

Most Formula 1 drivers started karting at a young age, typically in their early teenage years. Some drivers, like Lewis Hamilton, began their careers at an even earlier age and had already achieved success before they joined Formula 1.

Other drivers, such as Jenson Button, didn’t begin racing karts until they were much older and thus had to work their way up the ranks to compete at the highest levels. One thing that all Formula 1 drivers have in common, regardless of when they began their careers, is that they are highly gifted when driving.

Continue reading for a brief history of this thrilling sport if you consider getting into karting or wondering how some of today’s best drivers started.

Are Karts the Entry-Level Vehicle for All Formula 1 Drivers?

No, not all F1 drivers start in karting. Karting is not where many of the most successful drivers in Formula 1 got their start.

Karting is a widespread way for newcomers to get their feet wet in motorsports; many of today’s most successful drivers have started karting. On the other hand, this is by no means the only technique to achieve success in motorsport at the highest levels.

The likes of Ayrton Senna and Michael Schumacher, two of the most successful drivers in Formula 1 history, got their starts in lower-tier formula racing series when they began their careers as drivers. Others, such as Lewis Hamilton and Sebastian Vettel, started their racing careers in go-karting but moved on to other types of racing quite fast.

Ultimately, the decision of which avenue to pursue in a career in racing lies solely within the control of the individual driver. There is no single path that should be followed to achieve success. Karting is not the only way to get started, but it is a terrific one to get started. To succeed in Formula 1, a driver must have skill, devotion, and much effort, regardless of the route they follow.

Why Do So Many F1 Drivers Begin Their Careers in Karting?

To begin, young drivers have the chance to learn crucial aspects of racecraft through the sport of karting. These aspects include passing on the inside of a corner, managing their tires, and passing on the outside of a curve. These abilities can be transferred to driving a car, and they will serve a driver well when they advance to driving a single-seater vehicle later in their career.

Second, compared to other types of racing, karting is one of the least expensive. This means that it is more accessible to young drivers from all walks of life, and it also means that teams are more inclined to take a risk on new talent. Both of these things are positive developments for the sport of Formula 1.

Finally, going for a spin on a go-kart is fun! It’s a thrilling way to compete and the best way to get hooked on racing because of its speed and excitement. If you’re considering moving up to racing automobiles, you should have some experience in karting first.

Is karting a necessity for F1 entry?

Some of the most successful Formula 1 driver in history, didn’t even begin their careers in karts. In contrast, karting is a crucial stepping stone to F1.

Go-karting is a great way to learn the fundamentals of racing, including how to use the many flags and rules appropriately, choose the best racing line, and pass safely. It’s even better than some karting competitions that award points toward the Super Licence.

However, I remarked that some motorists have never even sat in a go-kart. Even though it’s been almost twenty years since Damon Hill first entered F1 and won the Championship, he didn’t come from a karting background still makes him a topic of conversation. He started in the racing scene on a motorcycle and eventually moved on to formula cars.

The further back in time we look, the more significant the proportion of drivers will be who have never raced a go-kart before. Some of the first Formula 1 race drivers had never run before (but this was a different era).

Drivers may enter Formula 1 without first competing in karts in the past, but this is no longer allowed. However, this should be taken with a healthy dose of caution. The road to F1 might be one of the many things to be shaken up by the imminent revisions to F1 regulations.

Karting provides drivers with the ideal environment to acquire the necessary abilities before competing in Formula 1 races. It is common for drivers who begin their careers in karting to go on to have longer and more successful careers in Formula 1 than their counterparts who did not compete in karting.

Many of the best Formula 1 drivers in the world got their start in karts when they were young. Therefore, if you are seeking a means to enhance your driving abilities, you should go to the kart track located closest to you and try it!