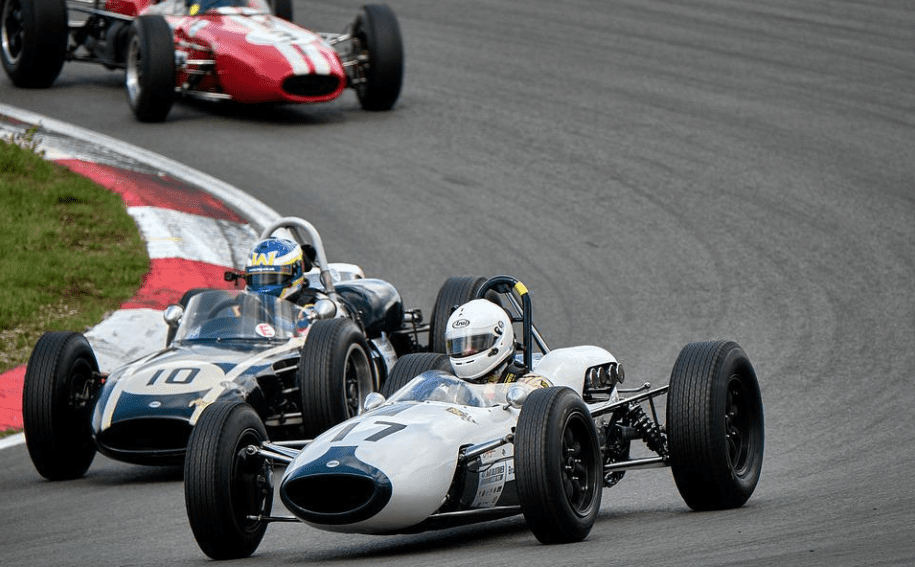 In comparison to most road vehicles, Formula One cars are very cutting-edge pieces of gear that frequently resemble rocket ships. Nevertheless, they are virtually identical at the most basic level: they each have steering wheels, gearboxes, brakes, and tires.

To be more particular, the Ferrari Type 640 F1 race vehicle from 1989 to which gratitude is due. Because it was the first to bring the idea of a paddle-shifted transmission to Formula One racing at the 1989 Brazilian Grand Prix. By doing so, it effectively got rid of the clutch pedals that were previously used in F1.

Since the inaugural Formula One race in 1950, automobiles have significantly improved. It should be no surprise that the advent of the automatic gearbox is one of the most important developments. When exactly did Formula One cease utilizing the clutch? Let’s have a peek!

When did Formula One decide to cease using the clutch?

The Benetton B188, which competed in the final season of Formula One in 1989, was the last vehicle to employ a clutch pedal. Since then, All Formula One vehicle has required paddle shifters and semi-automatic gears.

The drivers no longer have to be concerned about manipulating a clutch pedal; yet, they are still required to be very smooth with their throttle and brake inputs to avoid disturbing the car’s balance.

So, why did Formula 1 teams stop using clutch?

Regarding Formula One, new technologies and concepts are constantly being tested to offer teams an advantage over the other drivers and groups in the championship.

One such instance is eliminating the clutch pedal instead of using paddle shifters. In 1989, Ferrari was the company that pioneered the use of paddle shifters, and ever since then, these shifters have seen an explosion in popularity across the industry.

Therefore, the question is, why did Formula One teams cease utilizing the clutch? There are several explanations for this. To begin, paddle shifters provide a shifting movement that is more accurate and constant, which is advantageous for the vehicle’s performance and safety.

Second, they remove the requirement that drivers use their left foot to operate the clutch pedal. This enables the driver to put their left foot’s attention on other controls, such as the brake or the throttle, which are more important.

In Formula One, paddle shifters have replaced conventional clutch pedals as the preferred gear-shifting method. It is highly improbable that teams would revert to utilizing pedals again.

Paddle shifters have the potential to make the driving experience more fun and interactive for the typical motorist. There are a lot of sports cars and performance vehicles on the market now that offer them as an option, so you may test them out for yourself if you’re interested.

The benefits of clutchless F1 Car:

The fact that clutchless Formula 1 vehicles have a variety of advantages over their traditional counterparts makes them appealing to drivers and teams. Performance enhancement is one of the most significant advantages.

Shifting gears in clutchless automobiles can be done more precisely, resulting in faster lap times. In addition, they place less pressure on the engine and gearbox, allowing them to operate for more extended periods without requiring any maintenance. This leads to fewer pit stops, resulting in less time wasted throughout the race.

One further significant advantage of clutchless F1 vehicles is an increase in overall safety. When shifting gears, drivers are less likely to inadvertently stall the engine since they do not have to depress the clutch pedal.

This may be a significant threat to public safety, particularly on high-speed lines where a stopped engine has the potential to cause a catastrophic catastrophe.

In addition, because there is less danger of the wheels locking up when cornering, automobiles without clutches tend to be more stable than cars with clutches. Because of this increased stability, accidents may be avoided.

Last but not least, several drivers and teams believe that F1 vehicles without clutches provide a more thrilling and pleasurable driving experience. Because drivers won’t have to keep their foot on the clutch pedal as much, they will be able to concentrate more on the job at hand, which should result in a performance improvement.

In addition, the absence of a clutch pedal makes it simpler to execute risky maneuvers such as passing on tight bends, which is one of the advantages of a manual transmission. This heightened sense of excitement can be a significant selling factor for both the drivers and the teams.

The fact that clutchless Formula 1 vehicles have various advantages over their manual counterparts makes them a desirable choice for racing teams and drivers. They provide enhanced performance, higher levels of safety, and a more thrilling experience while behind the wheel.

Are F1 vehicles manual or automatic?

When we think about high-performance driving and racing automobiles, the conventional manual gearbox layout typically comes to mind. This configuration gives the driver control over the vehicle through three pedals and a shifter, allowing optimal performance.

Although manually shifting gears provide a more intimate connection between the driver and the vehicle, this is not how Formula 1 vehicles are constructed.

Formula 1 vehicles have fully automated progressive semi-automatic gears with paddle shifters to comply with F1 regulations. These cars must have rear-wheel drive and one reverse gear, while the maximum number of forwarding gears allowed in an F1 car has increased from seven to eight for the 2014 season forward.

Since heat dissipation is such an important consideration in Formula One racing, the gearbox of the Formula One car can be made out of carbon or titanium, depending on the design. It is recommended that the Gear Box be attached to the rear of the engine using bolts.

To ensure that no F1 teams are using these systems illegally to achieve a competitive advantage, keep costs down, and retain driver engagement and skills necessary for managing the F1 car, technologies like traction control and launch control and fully-automatic gearboxes have been outlawed in F1 racing since 2008 and 2004, respectively.

Using paddles on the rear of the steering wheel, the driver signals for the clutch to be engaged, and then hydraulic actuators, sophisticated electric solenoids, and sensors in the car take over to effect the actual shift and electronic throttle control.

The F1 car’s clutch can also be accomplished electro-hydraulically. However, this method cannot be used while the vehicle starts from a stop (when it is neutral) and goes into the first gear. Because of this particular condition, the driver must manually activate the clutch by pulling a lever on the rear of the steering wheel.

It was last used at the start of the 1989 season. It’s possible that F1 officials decided to remove it because drivers struggled to keep up with the new rules and regulations.