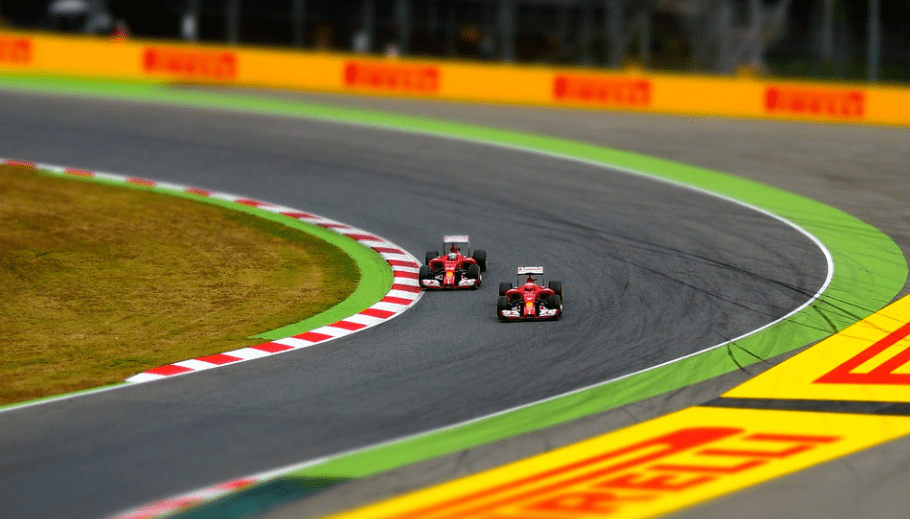 A “formation lap” is the name given to the final circuit that each Formula One driver completes around the track before the start of each race. This lap functions similarly to the pre-start warm-up or parade laps performed in other motorsport racing federations, such as NASCAR and Indycar.

In the formation lap, drivers can re-warm their tires. A tire’s traction improves as its temperature rises. Having tires that are already warmed up might be crucial for a solid launch. This is why drivers frequently engage in swerving maneuvers, rapid acceleration, and braking, even during the formation lap. They’re attempting to warm up their tires.

Every race in the Formula One racing series begins with a formation lap. But do you know the reason for it? This is a precaution to ensure that the track is clear and that everyone is standing in the correct position. This article will take a more in-depth look at the formation lap.

Why Do Formula One Cars Go Around In Formation?

Formula One races always include formation laps as a standard part of the competition. Every time a Grand Prix is about to begin, the twenty cars that compete in it line up in a single file in front of a safety car and drive around the track. Before the start of the race, the drivers will have this opportunity to get their tires up to operating temperature and make any last-minute tweaks to their vehicles.

After leading the pack for two laps, the safety car will withdraw off the track, and the race will then get underway. However, why is it necessary for Formula One vehicles to complete a formation lap? Let’s have a peek.

One of the primary purposes of completing a formation lap is to allow the drivers and their vehicles to get fully warmed up. Because they are such lightning-quick and potent vehicles, Formula One cars must be in tip-top shape to provide their best results.

Before the start of the race, the tires, which are one of the most crucial components of a Formula One car, have to reach their optimal operating temperature. If they are not, they will not have as much grip on the track, making it more probable for the cars to slip and slide around the turns.

The drivers and teams have the opportunity to make any last tweaks to their vehicles during the formation lap, which is another reason why it is necessary to complete the lap. This might involve anything as straightforward as checking the tire pressure or ensuring that all bolts are properly placed.

Altering the front wing or tinkering with the suspension arrangement are two examples of the more involved modifications that might be necessary. Everyone has an opportunity to make sure that everything is in working order before the start of the race during the formation laps.

3. Get Used to Following The Path.

The drivers also get the opportunity to become used to the track conditions during the formation laps. This is especially critical on newly constructed tracks or tracks that have recently undergone resurfacing since the grip levels might differ significantly from what they are accustomed to on other channels.

Before they have to go full speed in the race, they have the opportunity to evaluate the grip levels of their vehicles and determine how well their vehicles are handling, thanks to the safety car. They will be more prepared for the race, lessening the likelihood of making mistakes.

As you can see, there are several different purposes served by the formation lap that Formula One vehicles complete before each race. They will be able to warm up, make necessary changes correctly, and become used to the track conditions during this time. The formation laps assist in making the race as safe and as fair as it possibly can be.

Is There a Formation Lap in Every Formula One Race?

Every Formula One race begins with a formation lap because it is an essential component of the Grand Prix and ensures that all of the cars have had sufficient time to get warmed up and are prepared for the start of the competition. Every Grand Prix follows an identical set of regulations and procedures for the formation laps.

On the other hand, specific formation laps may require more time than others. The answer to this question is determined by the track’s distance and the time it takes for the vehicles to complete one lap. For instance, because Spa is such a considerably longer track than Monaco, the time required for the formation lap at Spa will be significantly longer.

The car that has the quickest qualifying time, known as the pole sitter, is the one who sets the pace for the formation lap, and all of the drivers who are behind the driver in the pole position are required to keep up the pace. On the other hand, drivers who start towards the head of the field typically have to wait a significant amount of time for the vehicles that start at the rear of the grid to get into their final positions on the grid.

Are drivers allowed to change their tires during the Formation Lap if needed?

Because it is standard for drivers to utilize the formation lap to get additional information about the constantly shifting track conditions, the tire change during the formation lap posed some difficulties for the drivers.

This occurred at the 2021 Hungarian Grand Prix as the drivers made their initial trip down the pit lane to replace their tires. This was a regular procedure in the early stages of the race, but it led to complications for some drivers, like Lewis Hamilton, who was required to begin the race on the tires he had worn in qualifying.

Many people are unaware of the purpose of formation laps, even though they are an established part of Formula One racing. Before the start of the race, the drivers go around the circuit a few times to get their engines and tires up to operating temperature.

In addition to this, they familiarize themselves with the course layout and ensure that their vehicle is appropriately prepared for the competition. Watching formation laps can be a thrilling experience, and they frequently set the stage for some of the day’s most competitive matches.