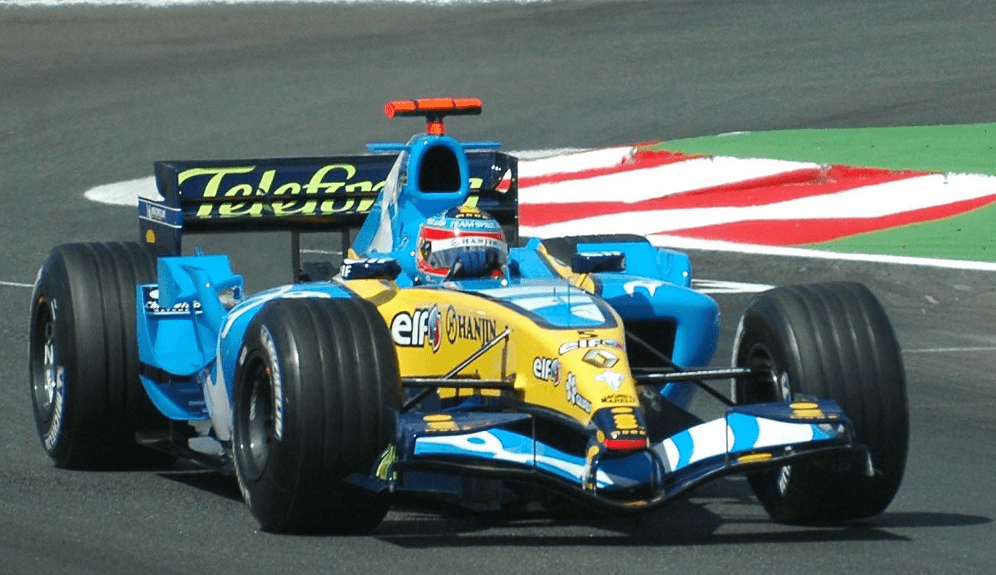 When competing in Formula 1 races, drivers face significant physical strain due to the G-forces they are subjected to and the scorching heat within the cockpit. Because of this, they tend to sweat much, which leads many people to question how Formula 1 drivers manage to keep hydrated and how they drink during the race.

F1 drivers have to drink many fluids during a race to stay hydrated, and they need to be able to drink quickly and easily. Drinking from a tube allows them to do this without taking their hands off the steering wheel or their eyes off the track.

Some drivers opt not to drink during the race, and in other instances, the fluid bag will overheat and stop working, leaving the drivers without any way to stay hydrated. In this post, we will continue discussing the kind of liquids that Formula 1 drivers consume and whether or not they drink water.

Why do drivers in Formula 1 use tubes to drink from?

Everyone knows how essential it is to maintain proper hydration levels, mainly when engaged in rigorous activities. But have you ever thought about why drivers in Formula 1 need tubes to drink from rather than simply taking a water bottle when they need to rehydrate?

It has come to light that there are quite a few explanations for this. To begin, drivers need to be able to consume liquids while still required to wear their helmets. It would not only be an inconvenience if they had to remove their helmet every time they needed a drink, but it would also be risky since they might quickly become dehydrated while competing in a race if they were forced to do so.

Another advantage of using tubes is that drivers have greater control over the quantity of liquid that they take in. They may keep themselves hydrated by taking a few drinks here and there throughout the race, so they don’t overwhelm their systems.

How do Formula 1 drivers drink when they are behind the wheel?

For many years, drivers were required to have a small water vessel in their cockpit along with a long straw that managed to run from the bottom of the vessel, via the driver’s helmet, and into their mouth. This vessel was typically positioned beneath the driver to ensure proper weight distribution.

The drivers would drink by inserting the straw into their lips and then sucking up the fluids from the bottom of the water container. However, this proved to be both unpleasant and inefficient, and the process of drawing out the liquid was frequently a source of distraction for the drivers.

Installing several tiny demand pumps that could be engaged by pushing a button on the car’s steering wheel was an initial answer to the problem of manual hydration. These pumps would deliver liquid to the driver through the same piping system that ran from the vessel. This solution was just a temporary fix.

Although this improved method may have reduced the driver’s likelihood of being distracted or making needless movements, the system’s intricacy resulted in additional expenses, weight, and technical issues.

The problem’s simplicity was remedied by installing an inflatable bladder in the ship that could be inflated using the same button on the wheel as the rest of the system’s pumps. This increased the water’s pressure, which made it possible for it to spray into the mouth of the driver.

What Do F1 Drivers Drink?

Before getting into the car for a race, race car drivers will often consume large amounts of fluids, such as water, to ensure that they are adequately hydrated.

During the actual competition, a tube attached to a water bottle in the cockpit will be supplied to their lips. Formula 1 drivers consume a fluid high in glucose, minerals, and electrolytes during the races. This fluid is formulated to release energy to keep the driver aware and continue competing.

It has been characterized as a warm, salty fluid that does not taste pleasant, and some racers, like Lewis Hamilton, have chosen to avoid coming into contact with it while competing.

How do Formula 1 drivers ensure they are well hydrated before and after a race?

The Formula 1 drivers maintain their hydration levels before and after a race by increasing their fluids, particularly drinks that include minerals and electrolytes.

The importance of staying hydrated before and after a race cannot be overstated. Even if they consume a significant amount of water, drivers are careful not to get too hydrated.

For drivers to have optimal hydration coming into a race, they will consume around 1.5–2.5 liters of fluid in the hours leading up to the race. They will drink the fluids gradually over two hours before the race to prevent themselves from being over-hydrated, which can lead to nausea and disorientation.

Following the completion of a race, drivers are typically greeted with a bottle of water placed next to the spot where they put their helmets. This marks the beginning of the rehydration time for a driver, during which they will attempt to recoup some of the fluids they lost while competing in the race.

After a race, if a driver does not correctly rehydrate themselves, they risk experiencing a loss of muscle mass, nausea, exhaustion, and a reduction in their coordination.

The drivers will frequently drink water with electrolytes added after the race. Some may even drink coconut water to rehydrate themselves, as coconut water provides the salts and minerals that the body desires after it has lost a significant amount of fluid. In addition, drivers will participate in stretching exercises designed to improve blood flow throughout their muscles.

Can Formula 1 drivers stop for water breaks whenever they choose during a race?

Like every other aspect of a race, the timing of the drivers’ water breaks is carefully considered and coordinated by the whole team. Some people choose to forego system installation altogether!

Regardless of their physiological makeup, many drivers hold the mistaken idea that installing a hydration system in their vehicles would increase performance rather than detract from it.

In addition to the preceding, teams must choose whether or not the benefits of installing a hydration system exceed the added weight and technical challenges.

Despite the convenience of modern hydration systems, the teams will utilize every available method to save vehicle weight until doing so is in the drivers’ best interest to improve performance or is mandated by Formula 1.

Drinking during a Formula 1 race is accomplished by pressing a button on the driver’s steering wheel. This button activates a tube on the driver’s helmet, which is then connected to a drink bag secured to the cockpit. To keep their performance at a consistent level during a race, Formula 1 drivers must drink water regularly.